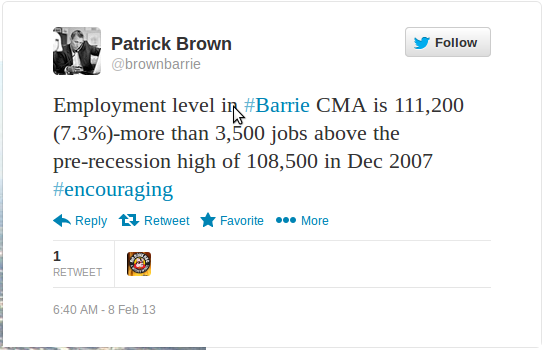 According to Statistics Canada, the pre-recession high of 108,500 for employment in the Barrie census metropolitan area occurred in March of 2007, not December.